The Erfurter Garten- und Freizeitpark (garden and recreation park) on Cyriaksberg hill – known as the ‘egapark’ for short – extends over 36 hectares and is one of the largest of its kind in Germany. The egapark epitomises the longstanding horticultural tradition of Erfurt, the ‘city of flowers’. The parkland lies in the southwest of the city on the site of the former Cyriaksburg Citadel, and has been under a preservation order since 1992. More than 45 million visitors have flocked to the home of the Garden Festival since it was first extended and opened to the public as the ‘iga’ in 1961. Today, the egapark is visited by 450,000 people on average every year, making it the second most popular attraction in Thuringia after Wartburg Castle, and leading to it being nicknamed the ‘Garden of Thuringia’.

The egapark brings together on one site a large number of show and themed gardens, glass houses representing a wide range of climatic conditions and vegetation zones, a lookout tower, an observatory, numerous catering establishments, and many attractions for children, such as Thuringia’s largest play area with a water playground, a children’s farm, and the German Museum of Horticulture, which has no equal either nationally or elsewhere in Europe. Particular highlights are Europe’s largest ornamental flowerbed, the cherry blossom in the Japanese Garden, and the tropical butterfly house.

Far from the noise and bustle of the city streets, the egapark can offer lots of secluded venues – both large and small – for your event. We can supply halls, pavilions, stages and outdoor areas: find out more here.

The Mainz pavilion in the Mainz garden has a floor space of 150 sqm and can accommodate up to 80 people; as well as seating (tables and chairs), there is also a fully-equipped kitchen. Located in the centre of the Mainz garden at the far end of the egapark, the Mainz pavilion is the ideal location for all sorts of small functions and private celebrations. On the second Saturday of every month from May to August, couples also have an opportunity to celebrate their love here before a registrar.

Situated right on the fair ground opposite the main entrance, this hall has a floor space of 1,160 sqm and can accommodate up to 400 guests. We can supply conference and exhibition paraphernalia, such as walls for stands, floor coverings, a stage, seating, and technical equipment for your event, but also plants, flowers and other decorative elements.

The permanently installed park theatre, which has undergone a thorough renovation, can accommodate up to 525 people under a light-permeable canopy. Enclosed by trees, the park theatre provides an ideal setting for a summer party in leafy surroundings. The park theatre is also easy to reach from the entrance on Gothaer Platz – through the historic area of the park and past the Sybille turret – which is a novelty for the many guests who usually begin their exploration of the park from the main entrance.

The egapark also offers the option of celebrating outside rather in one of its many buildings, either in a meadow or on one of the squares. Whether you prefer the area in front of the park theatre, the Philipps meadow, or another green space or clearing. If you are interested in staging an event outdoors at the egapark, we will be happy to offer advice based on your specific vision of the event. 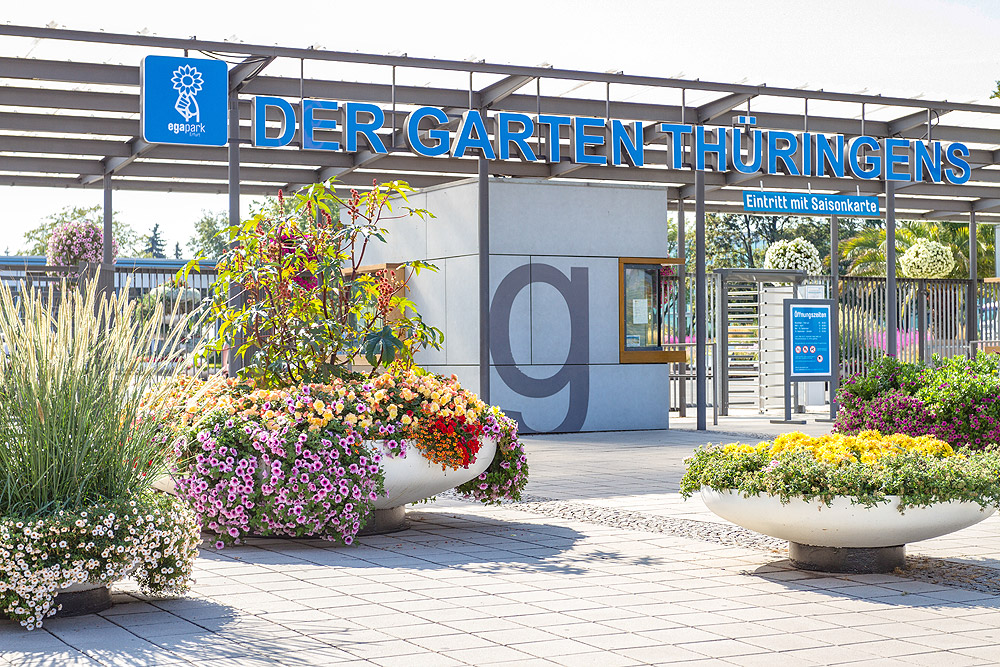 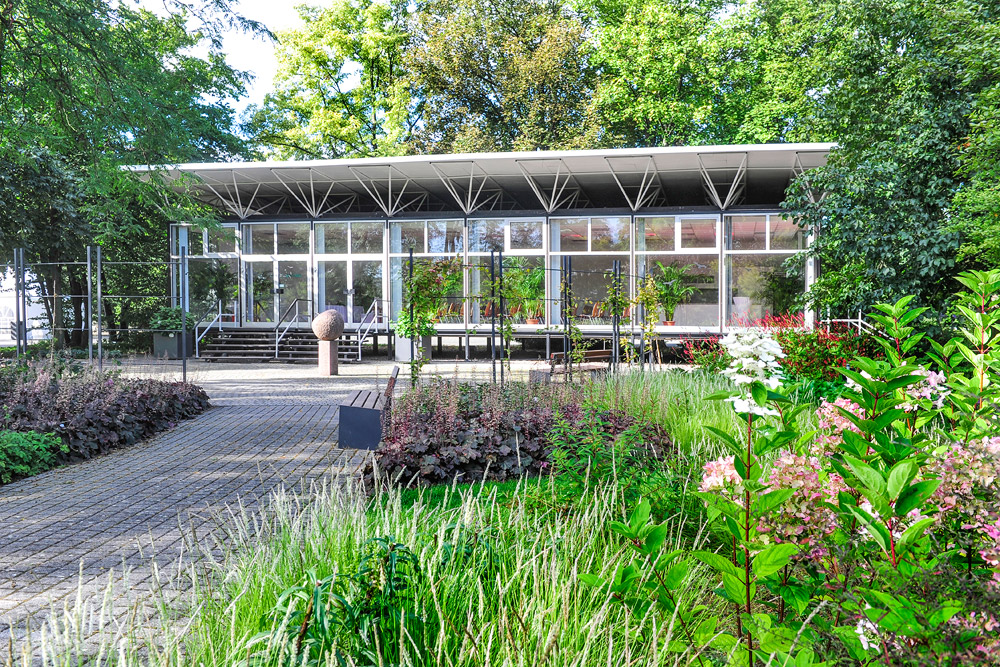 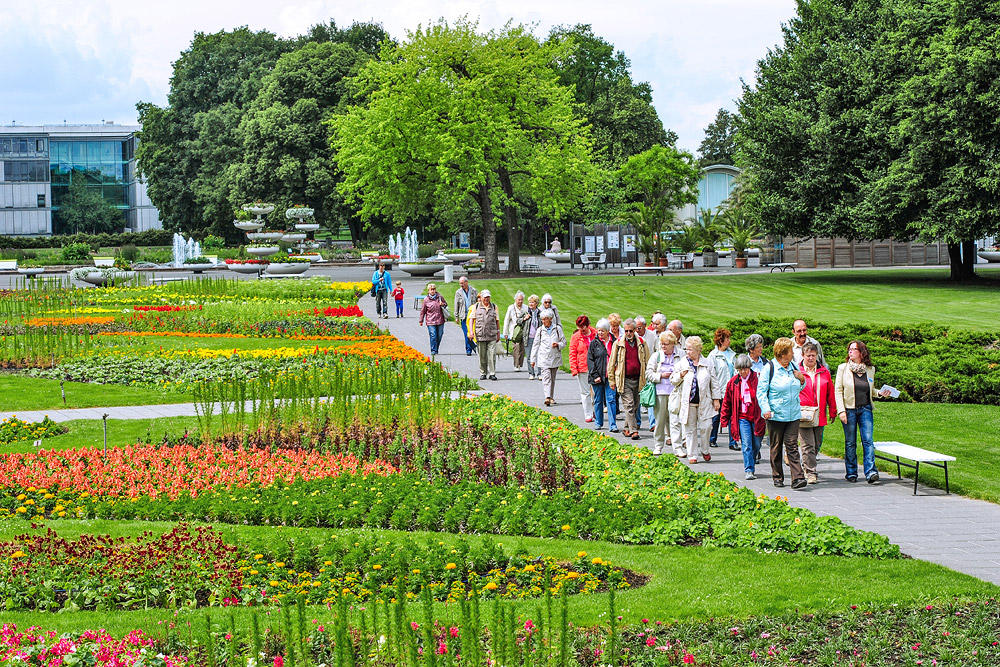 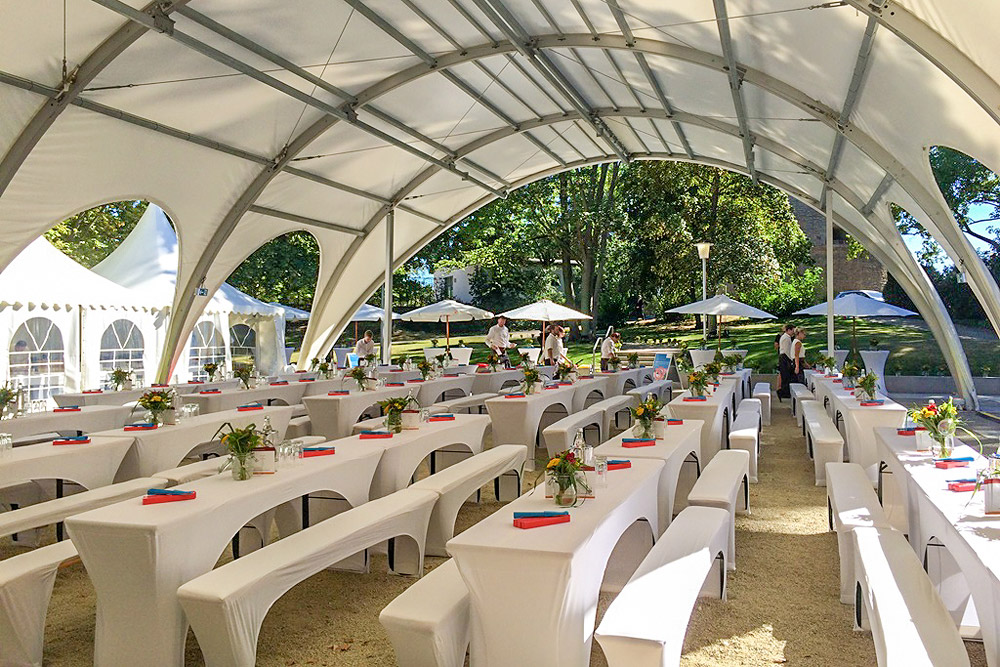 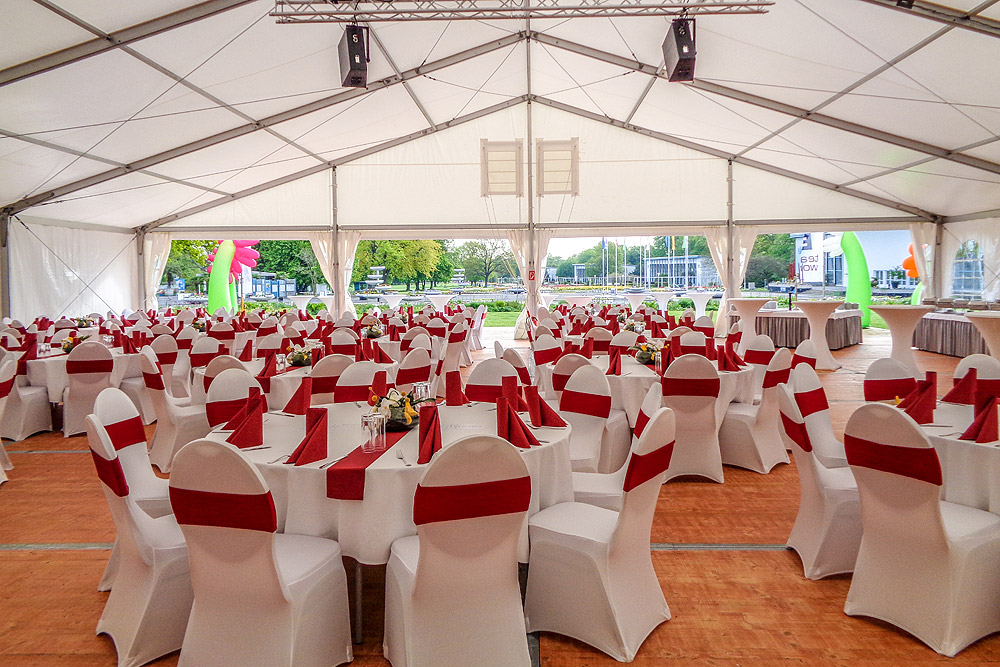 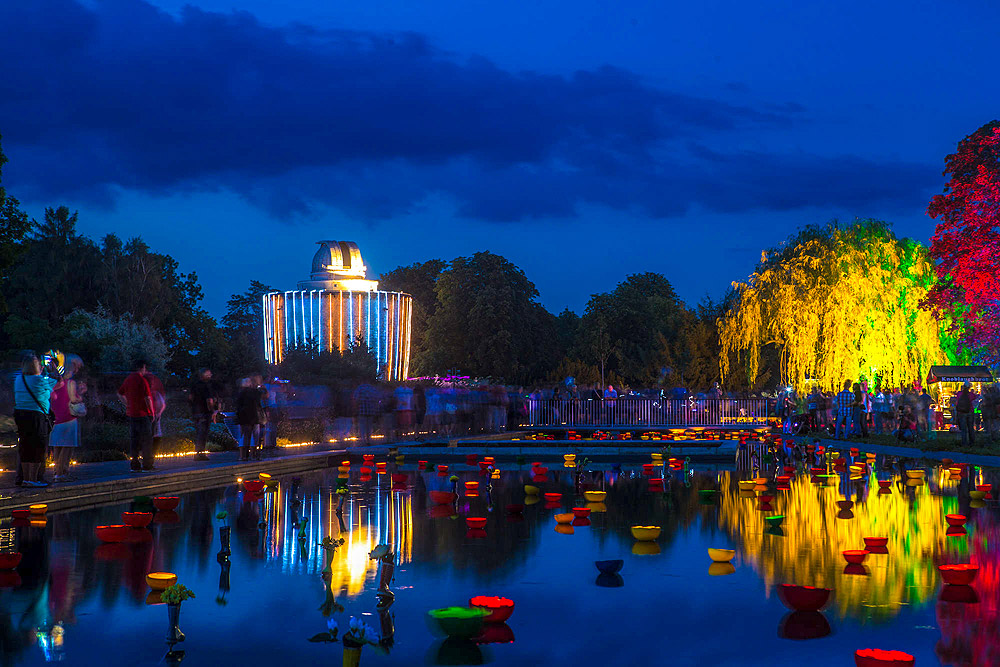 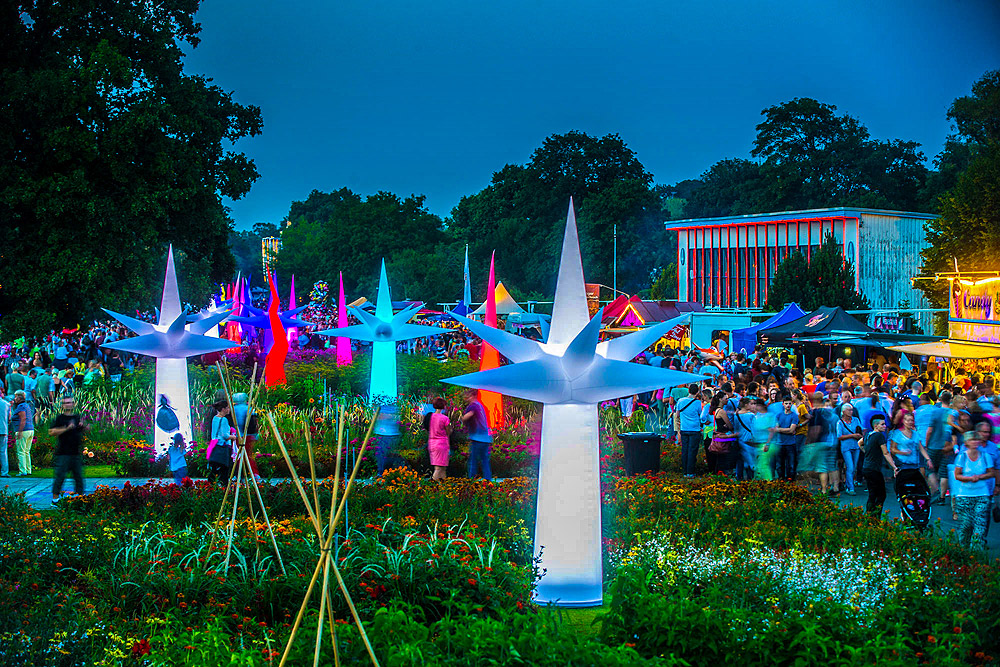 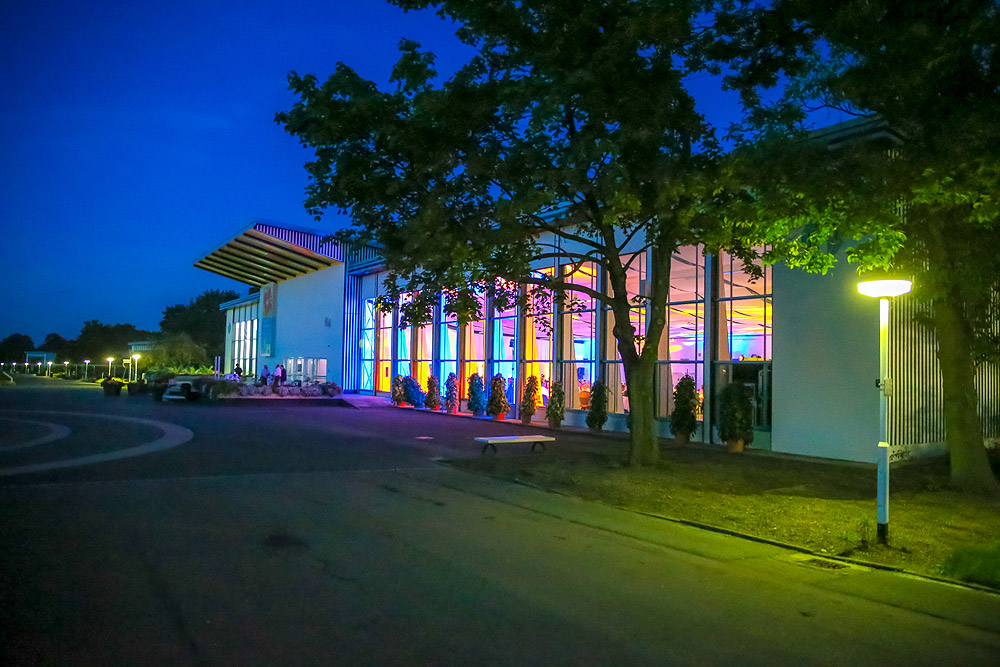